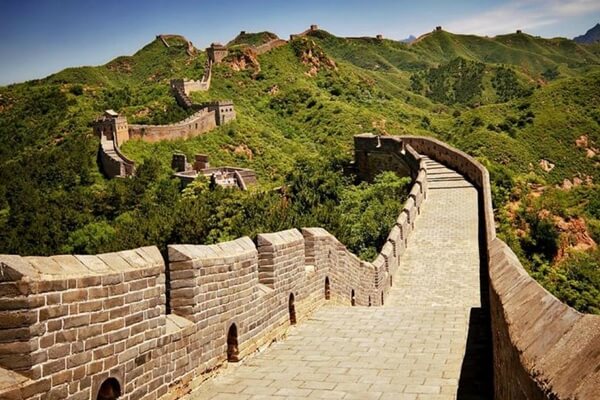 Over the past several years, I have had the great privilege of working closely with some of the top companies in the world, collaborating with them on their payments and product trajectories into the coveted, highly regulated and complex Chinese market.

Based out of San Francisco, my work travels mostly take me to China and Hong Kong. Being on the ground in Asia gives me a much greater understanding of the cultural nuances, which I find enormously valuable in negotiations and collaborations in my job.

North American clients initially endure a period of significant ‘shock and awe’ when uncovering the nuances of the regulatory climate in China, especially as it relates to cross-border payments. Beyond the standard stringent requirements that one would expect in the payments industry, the rules and requirements in China are often about data security, compliance processes and privacy risks.

Most large North American players pride themselves on their own highly restrictive and secure data handling and transmission processes. The idea that Chinese regulators would be more effective at identifying fraud and risk than top Silicon Valley type financial technology companies is hard to swallow. Accurate or not, China’s not-so-stellar reputation for data security is well known.

The Chinese government requires global companies to disclose large amounts of potentially sensitive data in their payment instructions, and this practice puts most clients on edge. Being fiercely protective of consumer information is a hallmark of Western companies.

Common barriers and complaints about conducting business in China, especially in the payments industry, are typically centred around regulatory red tape and extensive requirements on cross-border payments. Unfortunately, this intensified in the second half of 2017 when China’s central bank began requiring much more extensive data sharing in order to process cross-border payments into China.

This was met with a wave of opposition by Western companies, which typically have such complex technical platforms and data security requirements that the simple addition of a few fields of information can take six months or more to achieve from a technical perspective and can quickly side-track a project’s timeline.

It can be problematic to build the technical ability to transmit the new information and it is equally difficult and time consuming to secure internal approvals that are required to release the additional data to China. The request may either be viewed as too intrusive, not in alignment with US privacy laws, or any number of other objections from compliance departments and Information security teams.

This topic prompted a recent visit to Asia, together with other colleagues. We had several complex regulatory challenges that we needed to resolve for a large scale project we had been working on for over two years.

We had reached a standstill as our client and the various decision makers in China were both holding their ground, each with their own unique and well defended requirements and limitations. Given the bottleneck, we needed to come to a compromise, or the project’s timeline would remain delayed.

We decided the best approach would be to travel to China directly, with our US-based client in tow, to have feet on-the-ground in order to find resolution. In my view, the trip was a great representation of a ‘meeting of East and West cultures’.

Our meetings lasted over the next few days and involved banks, payment companies, and service partners from multiple provinces. We were deliberating the requirements and validating that all due diligence would be carried out stringently – this was relayed via the support of highly skilled language translators and cultural advisors.

As intense as it was, we discovered at the end of each meeting that all those involved were just as anxious as we were to make this, and other future projects, a success and to have a positive mutual collaboration. After much deliberation and negotiations, an agreeable compromise was reached, and our project’s roll-out was able to move forward accordingly. Besides that, another important outcome was achieved – trust was established and respectful connections were made that will hopefully grow over time.

While the differences in culture, communication styles and work habits may seem insurmountable at times, it is undeniable that both cultures have a distinct commonality: the desire to succeed, especially on a large scale.

Navigating through China processes may not always be straightforward and at times can be downright nail-biting and stressful, but the rewards are enormous and for the most part, the advantages far outweigh the challenges.

From my interactions and experience working with clients, partners and officials in China over the years, the key to any successful discussion is to be mindful and respectful of local cultural nuances and sensitivities and to embrace the differences to your advantage. Overcoming this barrier at the start of any interaction plays a crucial part in determining the success of projects in China.